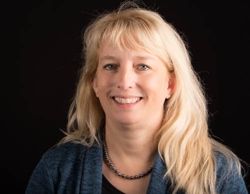 Anne joined AK Child & Family in 2008 and has held several roles including Director of Residential, Chief Clinical Officer and is currently serving as the CEO. Anne is a Licensed Professional Counselor and board approved supervisor, earning her Master’s Degree from the University of La Verne in 1997 and Bachelor’s degrees in Biology and Psychology from Gonzaga University in 1985. Anne is a strong proponent of trauma informed care; attended training in Chicago and is an alumni of the National Council’s Trauma Informed Learning Community. She also attended training at the Andrus Center for Learning & Innovation, in New York with a cohort of leaders from AK Child & Family to begin the process of organizational certification in the Sanctuary Model of trauma responsive organizational change.
Anne’s clinical and leadership experiences span more than 30 years to include quality assurance, program development, research, field instruction, training, milieu direct care, clinical services and oversight of multiple programs ranging from prevention, early intervention (prenatal and parenting support), outpatient, day treatment, school based, home based, family preservation, family reunification, emergency shelters, crisis intervention, suicide prevention, substance abuse rehabilitation with contracts through the therapeutic court and federal bureau of prison services and residential programs for both youth and adults. Anne has also served as a former Behavioral Health Surveyor for CARF (Commission on Accreditation of Rehabilitation Facilities) participating on survey teams in Washington, Arizona, North Dakota, Ohio and Illinois. Anne is a former advisory member for both UAA’s Arctic FASD Regional Training Center and the Rural Alaska Community Action Program. She also served for many years on the planning committee for the Annual School on Addictions and Behavioral Health Conference. Anne has been involved in several grassroots community efforts including coordinating some of the first local Recovery Rallies in recognition of National Alcohol & Drug Addiction Recovery Month, served on the initial Alaska Citizen Review Panel to provide a community perspective to the state child protection agency and co-created the Anchorage Regional Behavioral Health Coalition (ARBHC) which still meets regularly. 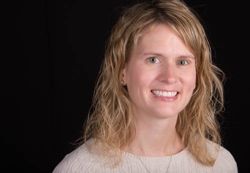 Rachel joined AK Child & Family in 2006. She completed her Master’s degree in Social Work at Boston University and is a Licensed Clinical Social Worker. Rachel has held a number of positions while at AK Child & Family, including Intake Clinical Therapist, Clinical Therapist for Gaylor Cottage in the Residential Facility, Associate Director of Residential Services, Director of Residential Services and Director of Community Programs. In 2018, Rachel continued to expand her experience with the agency by accepting the position of AK Child & Family’s Chief Clinical Officer. Rachel’s community achievements include completion of the Foraker Certificate in Nonprofit Management in 2014 and receiving the Top Forty Under 40 award from the Alaska Journal of Commerce in 2016.
As the Chief Clinical Officer, Rachel provides clinical oversight for all our agency’s programs, which includes attention to quality services and regulatory expectations. Rachel supervises the Director of Residential Services, Director of Community Programs, Director of Admissions, Director of Performance Improvement, Staff Development & Training Department and provides oversight of the Nursing Department in collaboration with the agency Medical Director. 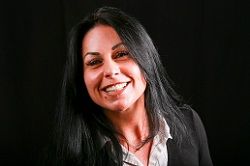 Laurie Lopez has worked as a clinical contractor with AK Child & Family for the last 3 years. She completed her Master’s degree in Psychology and Art Therapy at Phillips Graduate Institute. She is a licensed Marriage Family Therapist and a Registered Art Therapist in Alaska and California. Laurie has resided in Alaska since January 2011 when she relocated to Bethel from California and worked for the Yukon-Kuskokwim Health Corporation as the Program Manager of the YKHC Infant Toddler Program. During Laurie’s tenure in Bethel, she simultaneously worked as an On-Call Clinician for YKHC’s Emergency Services. Both positions provided Laurie the great opportunity to work with villages and add value to their systems and communities by providing quality services to children, families, and adults. Laurie was acknowledged by YKHC with an award for providing “Excellence Customer Service” for coordinating a successful community event.

In 2011, Laurie was chosen to be part of the first cohort of the Alaska LEND Without Walls program through UAA. Through this program, Laurie attended “Key Campaign” in Juneau and made a difference at a policy level by being a key player in passing the Autism Bill through the Alaska legislature in 2012. In April 2013, Laurie continued to expand her scope-of-practice by working in the Early Intervention/Infant Learning Program for the State of Alaska Health & Social Services as a Health Program Manager II. For the past 13 years, Laurie has provided services to children, adolescents, and adults with a diversity of developmental disorders, diagnosis, and various socioeconomic statuses. She has worked with the probation system and the foster care system. She has worked in private practice as a family therapist and child therapist in schools from Pre-K to HS. Laurie’s passion and commitment has allowed her to support all spectrums of the lifespan by promoting increased social-emotional outcomes from infancy to the end of life. 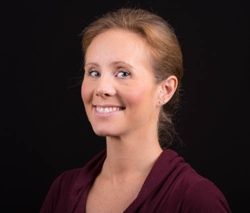 Katy joined AK Child & Family in 2007 as our Intake Clinical Therapist for the Admissions Department. Between 2007-2009 Katy also worked as a therapist with Gaylor cottage, and transitioned to a full time residential Clinical Therapist for Gould cottage. Katy returned to the Admissions Department in 2009 to hold the positions of Admissions Coordinator and Utilization Review. While performing those duties Katy became licensed as a Professional Counselor (LPC). In 2014, Katy transitioned into the role of Director of Admissions and received certification as Board Approved Counselor Supervisor for LPC licensure hours. Katy was born and raised in Alaska as a third-generation Alaskan and graduated with a Master’s of Science in Counseling Psychology from Alaska Pacific University. She completed her graduate clinical internship through Providence Family Medical Center working with children, adults, and persons from the Hmong community in Anchorage. 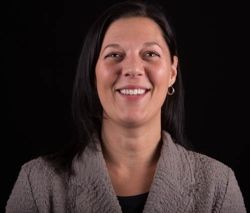 Jeannie joined AK Child & Family in 1997 while completing her undergraduate at Alaska Pacific University. During her time with the agency she has held a variety of positions starting as a Psychiatric Treatment Counselor at Newhall Cottage followed by Activity Therapist, Case Manager, Therapeutic Foster Home Licensing Coordinator and now her current position as the Director of Performance Improvement/Compliance Officer. Jeannie is a lifelong Alaskan and a graduate of Alaska Pacific University with a degree in Counseling Psychology, emphasis on Human Services. She is also a member of the National Association for Children’s Behavioral Health, the American Society for Quality and the Health Care Compliance Association.

As AK Child & Family’s Director of Performance Improvement/Compliance Officer Jeannie oversees and coordinates process improvement projects, risk management, outcomes management, and the compliance program within the agency. Jeannie monitors and facilitates all licensing and accreditation activities of the agency and ensures compliance issues and concerns are being appropriately evaluated, investigated, and resolved. Jeannie serves as a liaison regarding changes in the regulatory environment for behavioral health care to the employees, leadership team and board of directors and also administers the organization’s clinical privileging process. Jeannie supervises the agency's Training Department,  Data Analyst,  and Quality Improvement Specialists. 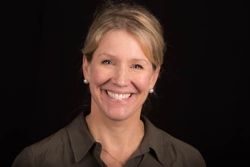 Kelli joined AK Child & Family in 1999 as the interim Director of Spiritual Life while the acting Spiritual Life Director was on 10 month Sabbatical. Kelli stayed with the agency and was later hired into regular status for the Director of Spiritual Life position. Prior to her transition to AK Child & Family, Kelli was the Director of Youth Ministries at 1st United Methodist Church of Anchorage. Kelli is a Certified Chaplain through the International Fellowship of Chaplains and is a certified Veriditas Labyrinth facilitator. Kelli began her work in human potential as the sole proprietor of Vital Capacity Wellness Consulting where she worked with individuals and organizations at reaching their God-given gifts and graces. She holds a Master’s Degree in Sport Research / Psychology from the United States Sports Academy and earned her bachelor’s degree in PE & Recreation from Seattle Pacific University. Kelli has been honored with the Church Women United – United Nations Office Human Rights Award. Through her work, the Spiritual Life Department has also won the Lutheran Services in America Award for Excellence.

As AK Child & Family’s Director of Spiritual Life Kelli is responsible for the delivery of spiritual life programming and services for children in psychiatric residential treatment at AK Child & Family. These services are voluntary, non-denominational, culturally sensitive, and age appropriate for the children we serve. Kelli supervises the Spiritual Life Minister and the Music and Special Ministries Coordinator. 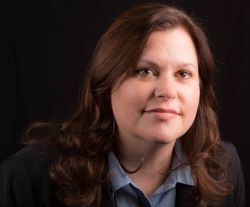 Angela joined AK Child & Family in 1997 as a Treatment Program supervisor in our Residential Services Program. Angela began her career in the non-profit sector after meeting six adolescents residing in a shelter who shared their stories of what led to them being away from their loved ones. Those youth each had a common goal; to have a better future. That meeting inspired Angela into volunteerism, practicum and employment in that same shelter working with children and adolescents.

Along the way she worked with youth in foster homes, juvenile detention and in-patient treatment programs. All those experiences finally led Angela to AK Child & Family. Angela has a deep understanding of the issues our youth and their families face. She has spent most of her time at AK Child & Family working to gently guide parents and referral sources into our care with the Admission Department as the Director of Admissions. In 2012 Angela left the position of Director of Admissions to become Director of Development. Angela is also on the Board of Directors for the non-profit Thread who make quality early care and learning a reality for all of Alaska's children.

As AK Child & Family’s Director of Development, Angela facilitates the development and awareness of our agency. She does this by fostering relationships between AK Child & Family and the community; businesses, individuals, and our stakeholders. Angela guides those seeking to support our mission with their stewardship and financial support. Angela supervises the agency’s Communications Manager. 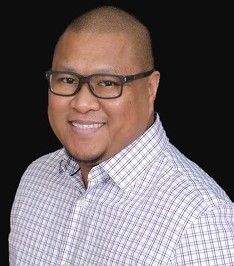 John joined AK Child & Family in 2006 as a Psychiatric Treatment Counselor working in residential care. From 2007 to 2016, John mainly worked as a Relief Psychiatric Treatment Counselor, providing support to youth in residential care on an on-call basis.  John has worked in the mental health and social services field for over 13 years. He has worked for both, for- profit and non-profit organizations, as well as for the state of Alaska. In 2017, John returned to AK Child & Family full time as an Intake Clinical Therapist. In 2018, John transitioned into the role of Director of Admissions. John is originally from the San Francisco Bay Area, but moved with his family to Alaska in 1997. John attended the University of Alaska-Anchorage and earned a Bachelor’s degree in Social Work in 2005 and a Master’s degree in Social Work in 2008. John completed his graduate clinical internship at Anchorage Community Mental Health and the State of Alaska Adult Protective Services, working with traumatized youth and families and vulnerable adults.

As AK Child & Family’s Director of Admissions, John is responsible for supervising the Intake Clinical Therapists, as well as overseeing inquiries regarding admission to residential care, therapeutic foster care and home based services. He is also responsible for overseeing the student admission process, which includes tour of the facility, pre - admission interviews, mental health screenings, intake assessments, staffing youth for appropriate level of care and referring youth and families to other resources in the community.