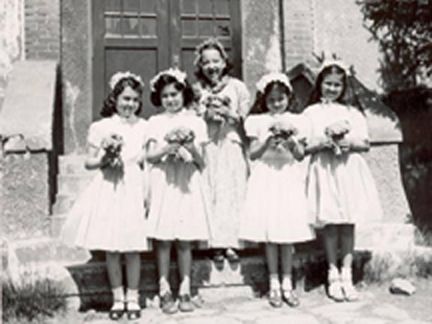 AK Child & Family was originally founded as the Jesse Lee Home. This Methodist mission was established in Unalaska in 1890 and provided a home to hundreds of children. Dr. Albert and Mrs. Agnes Newhall taught school, led church services and provided medical care.

In 1925, the Jesse Lee Home moved to Seward. With larger and more accessible facilities, the mission could better serve the wider Alaskan community. In this nurturing environment the children received schooling, job skills and training and support on the journey toward self-reliance.

Some of the highly successful people who grew up at the Jesse Lee Home and Unalaska and Seward include Benny Benson, designer of the Alaska State Flag, Simeon Oliver, pianist and composer, and founder of Alaska Methodist University (now Alaska Pacific University), P. Gordon Gould.

During World War II, the Home was evacuated and Fort Raymond was established on the property. The buildings were painted in camouflage as protection from possible air strikes.

The town of Seward was devastated by an earthquake and resulting tsunami on March 27, 1964. The Jesse Lee Home was located high enough on a hill to escape destruction. However, the buildings were heavily damaged. The children were again evacuated.

The cost of repairing the structures was prohibitive and the children entering the Jesse Lee Home were in need of services not readily available in Seward. In an effort to meet those needs, the United Methodist Women purchased 25 acres of land in south Anchorage and work began on building four residential cottages, an administrative building and housing for the director. Later, the Benny Benson Recreation Center was added to the campus.

Children returned to the Jesse Lee Home in January 1966.

The needs of the children and the community were changing. With the advent of foster care and changes in social services, the Jesse Lee Home began the transition into the mental health field.

The Jesse Lee Home merged with Lutheran Youth Center and Anchorage Christian Children’s Home in 1970. The resulting organization was named Alaska Children’s Services and is a mission of the United Methodist Church, Evangelical Lutheran Church in America and American Baptist Churches USA.

Residential psychiatric services were established with seven cottages on two campuses including the original Jesse Lee Campus with four cottages and a midtown campus with three cottages. In 1990, The organization was accredited by the Joint Commission on Health Care Organizations and has maintained accreditation since then.

In 2013, the organization renamed to become AK Child & Family. This new name established a distinct identity preventing confusion with the state Office of Children's Services and provided a clearer message about the services we provide. We are proud to carry on the tradition of care started at the Jesse Lee Home. The organization has grown and evolved to meet the needs of Alaska’s children and families. We will continue to do so as those needs change or as innovative treatments are developed one child, one family at a time.